Glasgow, Scotland (CNN)A COP26 climate agreement was reached on Saturday after marathon talks, including a reference to fossil fuels and their role in the climate crisis for the first time in history.

The final text points explicitly to coal, which is the single biggest contributor to climate change. In all 25 COPs before Glasgow, never has an agreement mentioned coal, oil or gas, or even fossil fuels in general, as drivers — let alone the main cause — of the climate crisis.
A visibly teary COP26 President Alok Sharma made the announcement with strikes of a gavel. He orally amended the most recent draft of the text by watering down the language around fossil fuels after India and Iran raised objections to it. The final agreement now refers to a phasing “down” of coal as opposed to a phasing “out.” 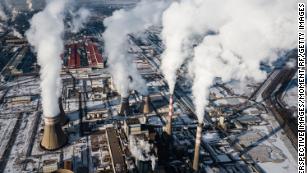 Humanity needs to ditch coal to save itself. It also needs to keep the lights on.
The talks went into overtime as deep divisions remained on key issues on Friday evening, when the conference was originally scheduled to end. In addition to the language around fossil fuels, a key sticking point was the amount of money the developed world should pay the Global South to help it adapt to the climate crisis.
Sharma earlier told delegates he was “infinitely grateful” for keeping 1.5 alive. Sharma’s overarching goal was to get a deal that moved the world forward on containing global warming to 1.5 degrees Celsius above pre-industrial levels. Scientists say that limit is needed to avoid worsening impacts of the climate crisis and to steer away from catastrophic climate change.
But several countries voiced opposition to some of the outcomes.
Swiss Environment Minister Simonetta Sommaruga complained that the process to amend language on fossil fuels at the last minute was not transparent enough.
“We don’t need to phase down but to phase out coal and fossil fuel subsidies,” said Sommaruga, who represents the Environmental Integrity Group, which includes six parties to the UN climate change agency. 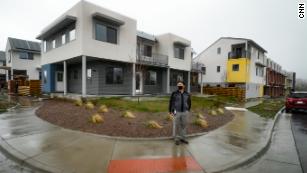 This Colorado community was proof an all-electric, net-zero future is possible. Now that vision is under siege
She added that the EIG chose not to stand in the way of an agreement, but that the group was “disappointed.”
“This will not bring us closer to 1.5 but make it more difficult to reach it,” Sommaruga said.
Seve Paeniu, climate envoy for Tuvalu — a low-lying atoll nation under threat of sea level rise — told journalists before the final session that he was heartened by the progress but that words need to be followed by actions.
“There’s a lot of commitment to take action. So between now the next COP, countries just need to deliver on those commitments. So there’s a lot of work now. I think Glasgow has provided a platform for ambition. The challenge now is for countries to actually deliver on those,” he said.
He was disappointed, however, that there was not a firmer decision on a loss and damage fund, which would have seen wealthy nations pay for climate crisis impacts in more vulnerable countries, like Tuvalu.
“First of all, little countries made our voices heard, but in a negotiation room like this, you’ve got the big countries. So it’s a case of take-it-or-leave-it kind of deal,” he said. “So there was no other option left for us. We just want to work with this and are hopeful that some outcome would come out of this dialogue.”
This is a breaking news story. More to come.