While we miss the magic and vibe of physical NYFW so much, for now we have to settle for digital. The good thing is that we can see each other without having to travel.

It’s hard to remember now, but it was during the fall ready-to-wear shows last February that the fashion world first became aware of the coronavirus, even before it had been declared a global pandemic.

At New York Fashion Week the ripple effects began when some models and designers were quarantined in China. By the time the traveling style circus had landed in Milan, temperatures were being checked; by the end of those collections, Giorgio Armani had decided to hold his show in an empty auditorium and livestream it to an audience holed up in their hotels.

In Paris, masks and hand sanitizer materialized. Parties were canceled. People started to get nervous and leave early. We all know what happened next.

Yet here we are, a year later, and, against all expectations, the shows are still going on. Sort of.

The fashion week calendar, that four-city hamster wheel that spins from New York to London to Milan to Paris, persists, though lots of brands have hopped off and decided to run at their own pace. We’re all watching from our kitchen tables — everyone’s on the front row! — taking notes for the time when we emerge from hibernation. At some point, after all, we will get dressed again.

Which means that right now virtual fashion month may be the ultimate D.I.Y. streaming series: a little escapism, a little high-concept hooey, a bit of documentary realism, a dose of “Get the Look.” Here’s what you need to know to plan your viewing schedule. 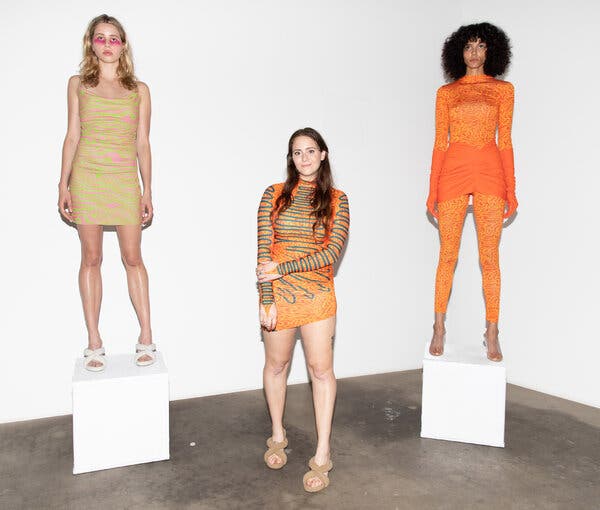 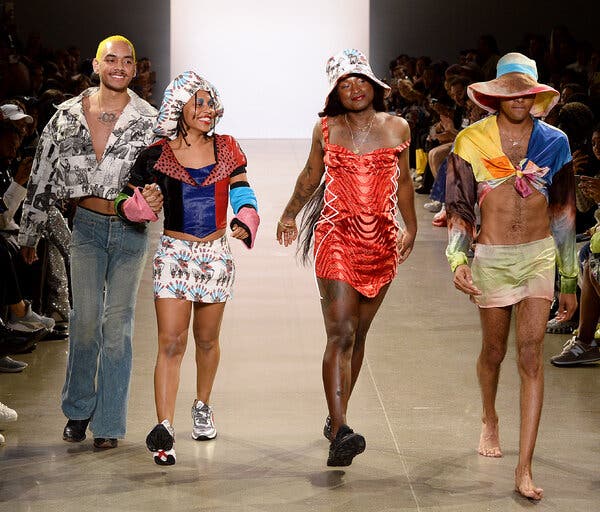 Are all of the shows virtual? What does that even mean?

Some designers are still hoping for a sort of in-person experience for a few locals — or at least an audience from their own workrooms — and others are playing it close to the vest. But they have all recognized the pandemic reality and accepted the fact that even if a few actual people manage to get to the set, a show needs to be a digital experience for the vast majority.

That means anything from a mini-movie to a cartoon to a straightforward catwalk parade filmed in a largely empty space, all posted to the brands’ websites and social media feeds, as well as being hosted on the home pages of the various fashion weeks. These films can last anywhere from three to 20 minutes. Honestly, however, the sweet spot is around five to seven minutes; more than that, and your coffee machine starts to look awfully tempting.

Still, if there are multiple models involved, that sounds risky. How do we know they are Covid-safe?

Pretty much every video now ends (or starts) with the message: “All safety protocols have been observed while filming this show.” That means (they say) testing, masking, social distancing and so on. And despite the fact that last season it was hard to avoid a sense of free-floating anxiety at seeing an in-person audience at some shows — maybe because of the angles involved, they looked close together — there has been no news of a super-spreader fashion show since last March, when no one knew what was going on. 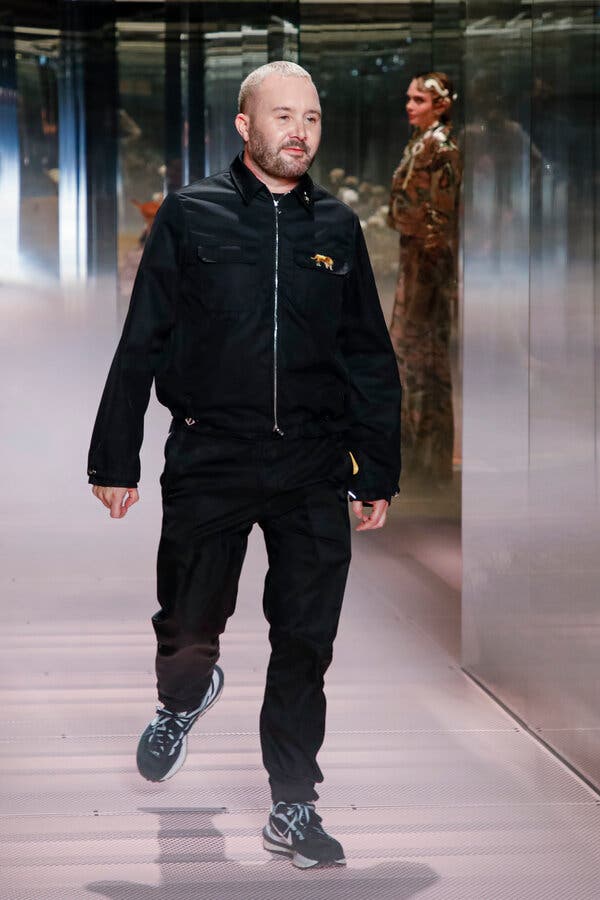 But if collections are filmed in advance, and available to view in perpetuity, doesn’t that mean the whole idea of a “show calendar” is pointless?

Well … kind of, yes. The calendar exists for those who are so rabidly interested in shows that they want to be the first to see what a designer has created. (Those people do exist.) It also creates some sort of internal structure for the industry (deadlines!). Then, too, the calendar is a way of marking out territory for the various industry bodies who are hoping, really hoping, that when pandemic restrictions loosen, they can once again go back to the Way Things Were.

Can we really ever go back?

That remains to be seen. A lot of brands have seized the moment to declare independence from the rigid fall-winter and spring-summer cycle and “do what’s right for them.” Gucci and Bottega Veneta, for example, are eschewing the Milan shows as they did last season, and almost all of the big names — as well as the buzziest — are absent from the New York “week,” which is actually more like three days, starting Feb. 14. But then Prabal Gurung is releasing photos of his collection on the 12th, and Proenza Schouler is showing on the 18th, which overlaps with some London designers. Christian Siriano is the 25th, during Milan (but not as part of Milan). Oh, help.

Back up: What do you mean New York Fashion Week is only three days?

The word “week” has always been more symbolic than actual. (Paris Fashion Week, for example, used to be nine days long, while London was five.) That is only more true now as Ralph Lauren, Marc Jacobs, Michael Kors and Tory Burch opt out of the group dates for some undetermined future something. Ditto Pyer Moss, while Telfar has Just Said No to the system entirely, and Thom Browne and Altuzarra emigrated to the Paris shows. That means New York Fashion Week has been transformed into something that looks more like a showcase for new brands. That has prompted a lot of “New York is dead” stories, though the change may not be such a bad thing, since such up-and-comers were usually squashed beneath the elephant-sized shadows of the establishment.

As a result, Tom Ford, one of the few global names still on the New York Fashion Week schedule, and the chairman of the Council of Fashion Designers of America, has created “The American Collections,” which includes, but is not limited to, NYFW. It has all the dates of any American brand showing, including American brands showing in Paris a few weeks after NYFW ends, and American brands showing … well, whenever. And wherever.

OK, this is seriously confusing.

Agreed. But there are still things to watch!

So what should I watch for this fashion season?

First, we will see whether more progress has been made on the diversity front after the industry’s acknowledgment of its systemic racism and its commitments to change. Second, we will learn whether many designers’ recent flirtations with upcycling marks a real change or merely a passing trend.

Finally, in New York, there’s buzz around Maisie Wilen (designed by Maisie Schloss, the first recipient of Kanye West’s fashion incubator grant) and No Sesso (a creative collective led by Pierre Davis, who became the first trans woman to show on the official schedule back in 2019). And you have to wonder how Collina Strada is going to top the trippy fun of last season’s video.

In London, people are excited about the digital runway debut of Harris Reed, a.k.a., the designer who made the tulle skirt Harry Styles wore for his Vogue cover shoot, and who is known for a very dramatic approach to a garment. In Milan, Kim Jones will unveil his first ready-to-wear collection for Fendi. Then, in Paris, Gabriela Hearst will unveil her vision for the next stage of Chloé. And after a quiet presentation last season and a big Instagram presence, Matthew Williams will hold his first full-court dual-gender show for Givenchy.

Plus, it’s hard not to wonder what Jonathan Anderson will do next, after his show-in-a-box for his own brand, show-on-a-wall for Loewe, and recent men’s wear/precollection show-in-a-book (and on-a-shirt).