After a marathon 13 days of online fashion shows and events – from French haute couture to Italian sportswear – it’s useful to take stock and consider what worked and what didn’t after the industry passed through the first purely digital summer fashion season in history.

Happy to report there were several genuine virtual fashion moments, along with plenty of salutary lessons to be learned for the future. Certainly, the experience of sitting stuck before their desks tops and screens made every editor only long to return to an actual show. Doubly so, when the images of an actual live show, Jacquemus’ Field of Dreams collection in a giant wheat field northeast of Paris, went viral, reminding the entire industry of how great fashion shows can be almost spiritual experiences.

However, despite ending the nearly two weeks with an aching back from peering endlessly at a desktop, it’s clear to most editors that the season has been a learning curve for every house. All of whom will exploit the digital possibilities that this July revealed: whether to brand build; prep an ad campaign; tease an audience; stimulate private customers, or simply to create a proper online showroom.

It all began in Paris with an off-calendar live video streaming of the backstage of Hermès menswear department on Sunday, July 5; and ended, more or less, with Missoni in Milan the afternoon of Friday; July 17. Then again not quite, since Valentino is planning a semi-live event in Rome tomorrow, and Christian Dior will present its cruise collection before friends and family in the main piazza of Lecce in Puglia on Thursday evening. So, who were the big winners, and losers, of the season? And which brands merited recognition for their digital ideas? Here are 10 picks; eight ‘dos’ and two ‘don’t’s.

Best use of live streaming – Gucci
This award has to go to Gucci, where Alessandro Michele, in a brilliant reversal of the restrictions of the lockdown, picked the house’s creative team as his cast. They may not have been gorgeous runway creatures, but they more than made up for that with their self-confidence, attitude and innate sense of style. Staged over almost 12 hours, from the making of to the denouement, the whole event bristled with iconoclastic imagination – from its grand location in the storied Palazzo Sacchetti to the retro-pop MTV graphics to the brainy cast. No wonder they called it The Final Act of a Fairy Tale.

Best video – Christian Dior
Definitely the award goes to Matteo Garrone’s stupendous video for Le Mythe Dior, shot in ancient ruins around Rome. Dior did get clobbered on social media for the lack of any models of color in the video. But the fantasy of nymphs discovering tiny stockman versions of the latest Dior ready-to-wear, brought to them by two Dior hotel porters was an instant classic of surrealist cinema.

Best shows in a box – JW Anderson and Loewe
The only designer to put a great deal of effort into his invitations was Jonathan Anderson both at his own brand at Loewe. Sending out a fabric covered file full of sketches, looks, dried flowers and unlikely fabrics for JW Anderson; and a whole dossier with cutouts; influences; and even a mini 45 RPM record. And the result was two very cunning methods to make a creative statement and to tempt an audience with some eye-catching new clothes.

Best indie brand clip – Davi Paris
Not much cash but acres of imagination in this clifftop frolic which encapsulates the freedom of hanging out with your young mates in early summer.  French insouciance at its best.

Most subtle display of clothes – Juun.J
Juun.J has been staging tremendous shows in Paris for several seasons; so it was great to see the brand pull off an elegiac black and white video of his nation’s capital – SeoulSoul. Juun.J is the ghost of Gianfranco Ferré meets Rick Owens; the most dynamic designer in the most dynamic culture in Asia – South Korea.

Best statement on the zeitgeist – Versace
Donatella invited UK rapper AJ Tracey to stage a livestream  performance in her video clip. And the result was a timely statement on today’s key issues – Black Lives Matter and people’s empowerment. And, the clothes looked marvelous too.

Best recognition of artisanal Italy – Santoni and Tod’s
The backbone of Italian design is its remarkable artisans. Few of whom fashion editors and VIPs ever meet in Milan or Rome. Certain houses shot films in their home regions to better express their DNA and what distinguishes each of them. Like two great footwear brands from Le Marche – Santoni and Tod’s.

Sometimes it’s just plain refreshing to see a well-put-together product video, where one can appreciate the innate quality of what’s on display. Case in point: master shoemaker Santoni, with an admirable clip called “Origini, An Emotional Narration.” Set in Le Marche, the ruggedly proud region on the Adriatic halfway down the Italian boot, and an ideal location to highlight the patina of a great pair of crocodile loafers, or woven leather sneakers as models marched on an almost lunar rocky shore. Voyaging inland to the Apennines, the jaggedly cut green valleys were an ideal backdrop for pewter-hued moccasins or superb loafers.

“I’m trying to make the DNA of Tod’s my own… Riffing on ’70s jet set,” explained Chiapponi, walking through the all-white buildings; from design studio to research department to workshop, capturing the first phases of the  creative process. From moulds to mood boards; from yarns to craftspeople. All the way to a photo shoot where Italian models

Best pure fashion statement – Plan C
For pure design chops our favourite statement was by Plan C, and some remarkable patchwork assemblage dresses with images of mountain cabins; electric pylons, soaring peaks and overgrown meadows untouched by any farmer in lockdown. Exactly the images seen in a lyrical video Plan C designer Carolina Castiglioni shot in the foothills of the Alps.

“Everyone is a landscape,” commented the designer, who appeared in her own video as a model. Add in some simple and refined flowing summer picnic dresses in windbreaker stripes and a buttoned-up, funnel neck trench in a naïve print. The result: another great collection from the rising star of Milan fashion.

Beautiful is not necessarily best – Maison Margiela
The house of Margiela presented a series of color-saturated videos over several days during the season, many of which had a wonderful sense of refinement. However, their techie Pointillist style meant it was very hard to see any actual clothes, or indeed understand what John Galliano was trying to express.

Laziest effort – Dries Van Noten
This award has to go to Dries Van Noten, whose clip of a young lad mock-drumming inside a strobe-lit set was video indolence par excellence. Godfrey Deeny 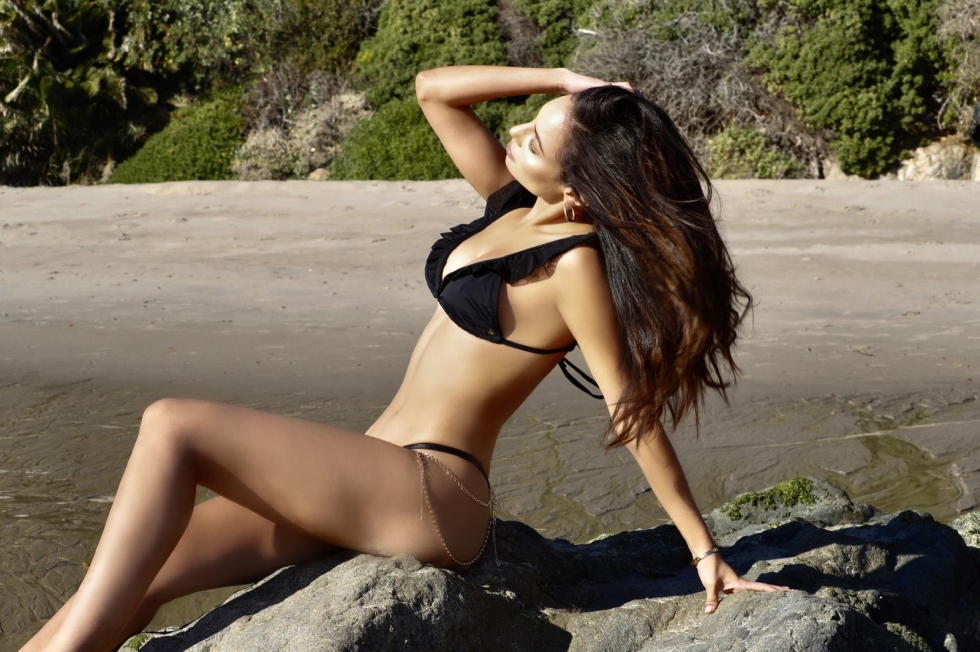